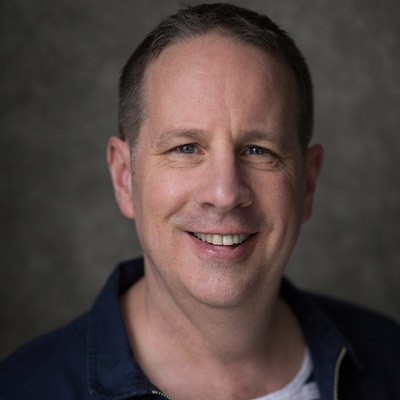 Joe was a co-founder of the award winning Real Life Theatre Company before deciding to focus more on Television. Since this shift he has regularly appeared on our screens, clocking up an impressive CV, including amongst others Happy Valley, Prey, Heartbeat, George Gently, Emmerdale, The Second Coming, Doctors, The Accused, The Street and All Creatures Great and Small.

He is still remembered by die-hard Coronation Street fans for his stint in the soap as the evil Alex Swinton, wife beater, child seller and blackmailer extraordinaire. Indeed it was this role in Coronation Street that attracted the attention of the makers of Sky1’s Premier League All-Stars programme, when they asked if he would be one of the ‘ahem’ Celebrity Players – so shortly after his 40th birthday Joe fulfilled his life long ambition and became a professional footballer for his beloved Sunderland – who says dreams can’t come true! 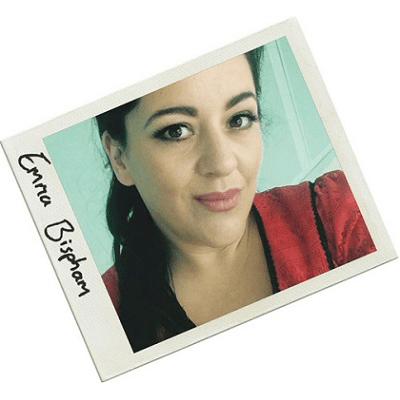 Emma continues to enjoy a full and varied career and has been lucky enough to work across all of the genres. Below are some of her most treasured credits to date;

Emma feels extremely fortunate to work within the act4tv family group. Once upon a (long) time ago, Emma joined the organisation as act4tv’s first tutor, helping the legendary Michael Jackson set up the classes at his very first school in Manchester at the old BBC studios, over 10 years ago. She is an advocate of self-development/discovery at any age and believes in the transformative power of positivity, deliberate practice and focus.

Get ready for your close up!

We tell stories and I’m passionate about helping actors unlock the truth of those stories, through their character connections and interpretation. Actors have to create the world in which these people live and your curiosity should have you explore these worlds. They surround us and our greatest gift is our imaginations and how far we are willing to engage with them. 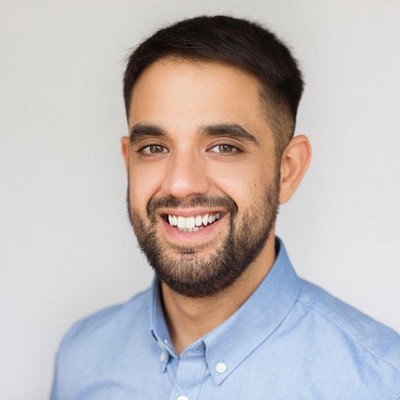 George trained at MMU School of Theatre and is a graduate of Act4tv (2010-2013). His TV credits include, Happy Valley, Banana, National Treasure, Black Box and series regulars in My Jihad, Ordinary Lies and The A Word. Most recently George has appeared in Warren (BBC) Russell T Davies: Years and Years for HBO, Flack series 2, Vera.

George’s theatre work includes two lead roles in the London West End: Lord of The Flies (Laurence Olivier Nominee) in the title role of Piggy. He went on to play the youngest Bottom in London theatre history at the Regent’s Park Open Air Theatre production of A Midsummer Night’s Dream. Other theatre credits include Peter Pan and I Know Where The Dead Are Buried.

Away from acting George has been involved in producing a new play which is due to tour in 2019-2021. In addition George is currently creating and developing a new TV series, which is being produced and directed by BAFTA award winning director John McKay and Executive Producer Chris Eccleston.

My classes are used to prepare for TV and film auditions, by breaking down scripts and acting for camera, I also teach Meisner technique, Improvisation, actions for text and show how to utilise the actors tool kit. 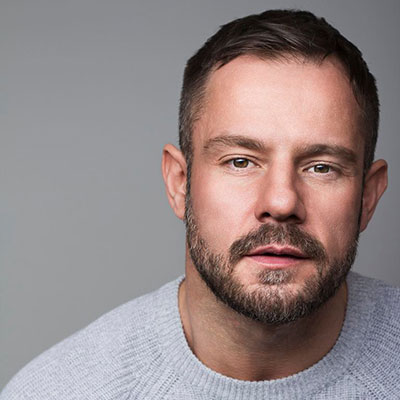 After kicking off an exciting career in the late 90’s/early 00’s in print journalism, writing for popular editorial titles such as Mizz, Sky, More! Magazine, Attitude, and OK! Magazine, Anthony was tracked down by the popular Channel 4 ‘Youth’ strand, T4, where he started out as Entertainment Correspondent before becoming their live broadcasting Co-Host.

Alongside sister brands E4, T4 Holiday Mornings, T4 On The Beach, T4/C4 Movie specials and C4, Anthony went onto further presenting roles across all major terrestrial broadcasters. From ‘MTV Backstage:Live’, to hosting all the European TV outlets for ‘THE MTV:EMA’s 2006’ (alongside his then regular co-host Emma Willis), ‘Make Me a Supermodel Extra” and ‘The MTV VMA’s 2007’ for FIVE, Extreme Makeover, Eat Cinema, ITV’s Review of The Year 2006, 46664: The Mandela Tribute live from Cape Town, The Isle Of Wight Festival ’05, The British Soap Awards 2006, Totally Scott Lee, Bingo Night Live!, Liquid News to landing his dream presenting role working for BBC1 on the long-running prime time travel show, ‘HOLIDAY’, inclusive BBC1 spin-offs “Departure Lounge’ and ‘Holiday Hit Squad’. He also hosted a bevy of topical and factual radio shows on BBC Radio Manchester and Gaydio Manchester, and has recently been anchoring ‘The Mindshed’, with Romesh Ranganathan and more.

After enjoying 11 years living and working in London, Anthony embarked on a fresh challenge and moved back to his native Manchester to study and enjoyed roles in popular TV shows and movies such as feature film ‘Poor Wee Me’, Coronation Street, Jimmy McGovern’s The Accused, Hollyoaks: The Morning After The Night Before, and as Bill in Shameless, Kay Mellor’s ‘The Syndicate’, and has appeared on stage in the award-winning two-hander ‘The Rainbow Connection’, ‘The Opposite Of Claustrophobia’, ‘Fetish Knights’, ‘Rid The World’ and ‘The Newspaper Boy ‘opposite BAFTA Award winner Suranne Jones.

Deciding to turn his hand to teaching, mentoring and coaching talent, Anthony spent 5 years as a Senior Acting Practitioner at the Manchester School Of Acting, as well as ActUpNorth, 13 Performing Arts, Cinemagic Belfast and two years at First Take School of Acting, guiding and mentoring the careers and well being of almost 400+ actors, working in-house in casting and pastoral care/career industry advisor, as well as as a Youth Mentor, Guest Speaker and Engagement Officer in schools all over the North West. 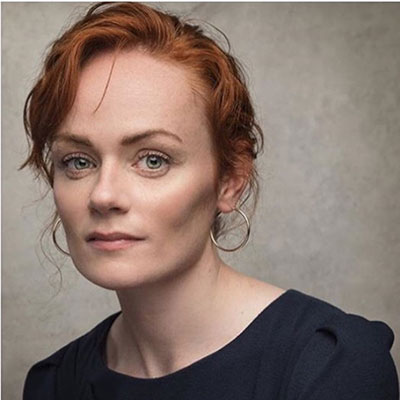 Natalie was born in West Yorkshire and studied at Leeds Intake Performing Arts College following a Bachelor of Arts degree in Drama and Theatre studies, with an outstanding achievement award at Huddersfield University.

Natalie has worked professionally in the industry for 14 years in Television, Film and Theatre. Natalie is also Square Chapel Theatre’s youngest Patron as well as being a Patron at Harrogate Theatre. Natalie’s film career started with Clio Barnard’s first film The Arbor as “Young Andrea” and is in Barnard’s latest film ‘Ali & Ava’. Natalie also starred alongside Peter Mullen in Jake Gavin’s film Hector.

My first priority is that the actors feel safe and comfortable when they come into the studio and are able to explore a wide variety of drama scripts and genres. I consider myself a physical teacher, getting the actors on their feet and working in the studio, allowing them to make the space their own and ensuring they have as good a knowledge of professional etiquette as possible. 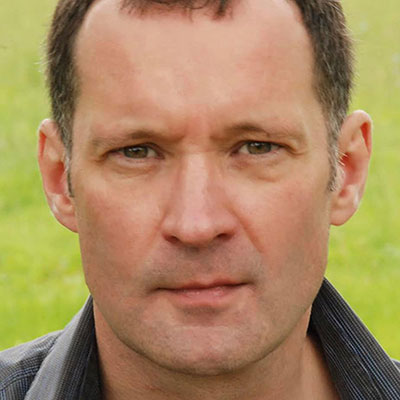 John has been an actor for 30 years and has an extensive career in TV, Theatre and major advertising campaigns all of which have taken him around the world.

He has been an act4tv Tutor since 2016 and is immensely proud of the successes that have been achieved over the past few years.
Long may it continue !

My classes place a real emphasis on Character, Motivation and Subtext. There’s no point in just ‘saying’ the words – nobody will believe you. I work on the concept that all the ‘clues’ are in the script and it’s our job to detect them and build a totally believable, focussed and energised performance.
You ready?? 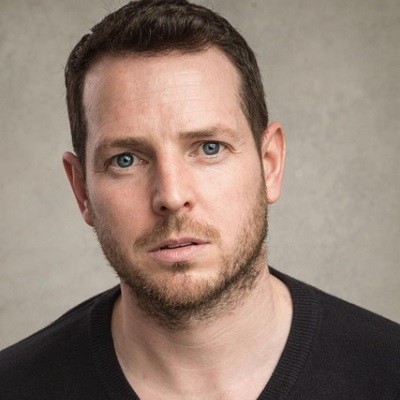 Stephen began his acting career at the tender age of 5 at the Oldham Theatre Workshop. Initially finding his way into a number of TV Commercials before landing a role in the award winning drama GBH, alongside Robert Lindsey, Michael Palin and Julie Walters. He then went on to work with David Jason in The Bullion Boys. Stephen also appeared as series regular Liam Tripp, in Chanel 5’s Family Affairs before moving on to the ITV drama, Monsignor Reynardworking with John Thaw. Throughout his career Stephen has worked on a number of great British dramas such as Fat Friends, The Syndicate, Shameless, Clocking off, Burn It, Reckless and Shockers. These are just a selection of Stephen’s credits from a well decorated CV which also include work in Theatre and Radio.

More recently Stephen played Simon Brown in Kay Mellor’s ITV series Girlfriends and a recurring role as PC Connelly in Coronation Street. Stephen’s enthusiasm has continued to grow and he hopes to bring this excitement and experience into classes. Bring your A game!

I expect every student to work hard in class and on any out-of-hours work. Not being drama school trained but being a working actor, I bring real experience to my classes, having not been taught by someone who has no recent acting or on set experience. I believe every student needs a different approach to get the best out them, as we are all individuals. 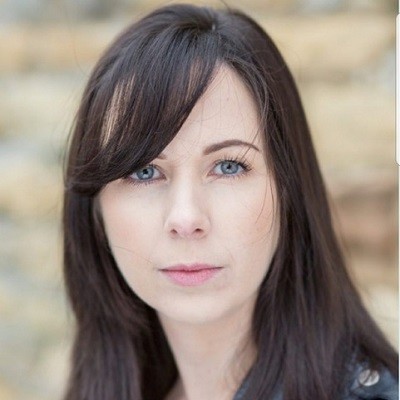 Clare has been working within Drama and Theatre from a very young age. She did her Training at The Manchester College and Liverpool Hope University where she gained her Degree in Drama, Dance and Theatre Studies graduating in 2010. She has also trained at Act4TV.

Since then her previous television experience includes Hollyoaks, Coronation Street, The Crimes That Shook Britain and various commercials including Nivea.

Clare has gained ample Theatre Experience on the stage as an actor and as a Youth Director. Her last job as a Youth Director was directing ‘Variations’ written by Katie Hims for the National Theatre. This was part of the Connections project which was performed at Home Theatre in Manchester in 2019.

Her last performance as an Actor was in ‘Moms Gift’ Playing the part of ‘Kat’ which was performed at the Lyceum Theatre in Oldham also in 2019.

After teaching for over 10 years with children and young adults, I find a structure works best, after confirming what the students want from the classes. Using the fantastic curriculum that’s evolved utilising scripts from recently transmitted dramas, I find that this achieves excellent results, bring out the best from my students.
My style is Kinesthetics (learning by doing)